Failure analysis
Due to the failure of image missing in all probes on the machine, the possibility of failure of all probes is very low. Firstly, the possibility of failure of probes is excluded. Therefore, the fault reason should be the fault of internal plate of the machine.Voluson730 colour to exceed the machine structure can be divided into two parts, front-end and back-end, including front-end part responsible for the receiving of ultrasonic signal launch and the realization of signal processing, and other functions, including probe interface board and the CPR board failure are likely to result in loss of image, but the probe interface board failure mainly for access to the probe identification, or work, absence of failure caused by probe interface board image less and generally shows lack of uniform, so the failure mainly consider CPR board failure.
The CPR board, or beamforming board, features a total of 32 CPD boards, each of which is responsible for eight transmitting channels and four receiving channels.CPR board is responsible for handling a wide range of functions, general machine image loss, interference and other faults are related to the board.

troubleshooting
Replace the CPR board for testing. The machine is started normally. After entering the two-dimensional ultrasonic interface, switch over all probe images normally and troubleshoot. 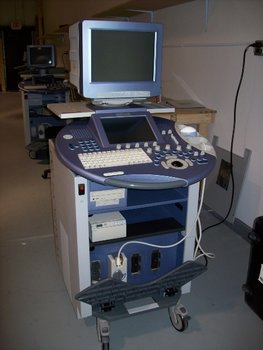