Fault analysis
According to the failure phenomenon, it is judged that the graphics card output of the machine is normal, which is a problem of the display itself. First, save a few pictures, then check the monitor's POWER / USB CABLE and HDMI CABLE, and connect the HDMI CABLE to the external display to find that the displayed image is normal, indicating that the HDMI CABLE is intact and the output signal is normal.
Then, open the back cover of the monitor and reconnect the internal wiring one by one according to the Main 17-inch LCD Monitor Block Diagram (Figure 1). 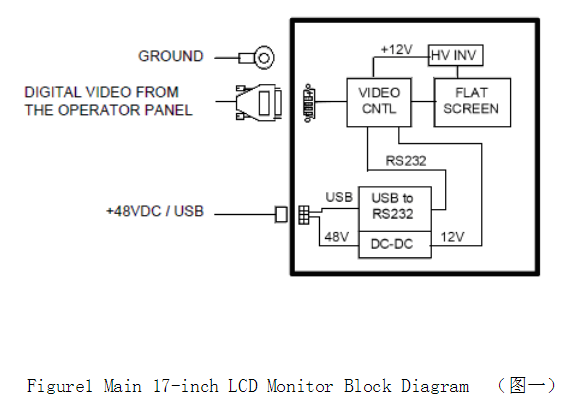 Troubleshooting
Use hot-melt adhesive to fasten the flat cable connected to the VIDEO CNTL inside the display, and the fault is resolved.
About Us
As one of the leading ultrasound service companies in China, Rongtao Medical provides healthcare solutions, repair service, parts and accessories to hospitals, clinics and distributors world-widely.
Products
More About us
Connect with us